That article was first published by Ami magazine in a more concise version.

Jamal Al Dura had charged the defendants with defaming his honour and his reputation by two articles authored by Clément Weill-Raynal and published on September 4 and 25, 2008, by Actualité juive.

Those articles, especially an interview of Dr.Yehuda David, asserted that Jamal Al Dura's wounds dated back to a Palestinian attack on him with axes in 1992, and not to an Israeli gunfight in 2000 at the Netzarim junction ( strip).

Dr. David told Weill-Raynal that he performed a tendon transfer surgery from Jamal Al Dura’s left foot to his paralyzed right hand in 1994, at the Tal ha Shomer hospital in Tel Aviv. Thus, Al Dura's scars in that foot and in that hand resulted both from the axe wound and from his reconstructive surgery. Dr. David was also convinced that Al Dura's other wound was not a bullet wound.

The defendants had thus contradicted a report which was aired on September 30, 2000 by France 2 TV. Charles Enderlin, Chief of the 2 bureau in , had then commented regarding his Palestinian cameraman Talal Abu Rahma's images:

"Jamal [Al Dura] and his son Mohammed are the targets of gunshots that have come from the Israeli position... Mohammed is dead and his father seriously wounded".

The Tribunal did not follow Public Prosecutor Dominique Lefebvre-Ligneul's sentencing recommendation to drop the charges against the three defendants. It ordered each of the three defendants to pay a 1,000 € ($ 1,480) fine, but issued a total stay of execution of that sentence.

It granted its partial summary judgment by Actualité juive within one month, but dismissed Al Dura's other demands. 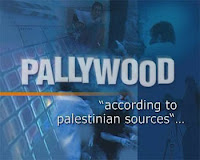 It considered as defamatory several passages of those two articles which alleged that Jamal al-Dura had deliberately fooled the public by falsely claiming his old wounds and his son's death had been caused by Israeli shootings, as well as by participating in a staged scene with Palestinian doctors' complicity.

The Tribunal did not dismiss the charges against the defendants because it stated that they failed in giving the proof of the truth of the defamatory statements and of their "good faith".

It noted that Dr. David, Weill-Raynal and Actualité juive's proofs -- Al Dura's Israeli medical file, France 2's film -- were not "perfect and complete", and didn't "correlate to the defamatory accusations in their materiality and their breadth".

The Tribunal asserted that Al Dura's Israeli medical file about his surgery in 1994 does not prove that his perpetrated wounds would have been staged with his complicity on September 30, 2000. According to the Tribunal, the Jordanian medical report made a difference between Al Dura's "old wounds in his right hand" from "other wounds" which, "on that report basis, would have been noticed when Al Dura was admitted to Al Hussein Hospital, in Hamman", on "December 4, 2000".

The tribunal also disregarded Richard Prasquier, President of the CRIF, the French Jewish umbrella organization, and Journalist Luc Rosenzweig's testimonies, as well as the 2008 Court of Appeals judgment, because they didn't bring "any detail on the civil party's wounds".

As to the "good faith", the Tribunal acknowledged that it was legitimate for Dr. David to answer questions related to that controversial footage, and for Weill-Raynal to interview him in order to inform readers on an international affair, the image of Mohammed Al Dura's death having become "emblematic of the Palestinian cause".

However, the Tribunal considered that the defendants could not benefit from the "good faith" excuse. Dr. David gave his "peremptory declaration" on all Al Dura's wounds without "examining his former patient or reading his Jordanian medical file". Weill-Raynal was not a "neutral" interviewer and his investigation was not "serious".

The three defendants will appeal the judgment.

Maître Orly Rezlan, Al Dura's lawyer, wrote to me on May 1, 2011: "That trial allowed to show the limits of " Dr. David's sayings.

Nevertheless, many questions, discrepancies and contradictions remain to be resolved:

- when was Al-Dura admitted to the ? According to the Tribunal, Al Dura's Jordanian "medical report" mentions as his admission hospital date "December 4, 2000". Prof. Walden based his one-page report on Al Dura's Jordanian "medical chart for the hospitalization at the Al Hussein Medical City Hospital in on October 1st, 2000". But France 2 TV filmed Jamal Al Dura at hospital on "October 1st, 2000" ;

By ignoring Dr. David's expertise and experience as a surgeon on the battlefields for an IDF paratroopers unit, Al Dura's refusal to answer Weill-Raynal's questions and some contradictions and discrepancies, the Tribunal issued a questionable judgment.
Addendum :
Dr Yehuda David, Clément Weill-Raynal and Serge Benattar appealed.
In February 15, 2012, the Appeals Court of Paris reversed the lower court’s judgement that found Dr Yehuda David guilty of defaming Jamal al-Dura. It also ruled that Clément Weill-Raynal had libeled Jamal Al-Dura, not in his interview, but in his September 25, 2008 answer to Charles Enderlin: the Paris Court of Appeals ordered Weill-Raynal to pay a 1,000 € ($ 1,480) fine, but issued a total stay of execution of that sentence, to pay to Al Dura 1,000 € in damages and 6,000 € in Court costs.  As Serge Benattar died on  July 2011, the legal proceedings against that defendant ended.
Clément Weill-Raynal lodged an appeal, and Jamal Al-Dura appealed Dr David's acquittal.
On September 2013, the French Supreme Court (Court of Annulment) overturned the February 2012 appeals court decision concerning Weill-Raynal, confirmed David's acquittal and dismissed Al-Dura's request. Thus, that judgment without appeal is a legal victory for Weill-Raynal and David.
(1) I was journalist for Actualité juive hebdo (2001-2004). 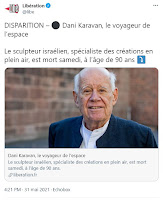 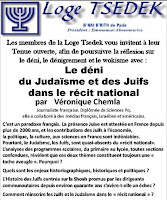